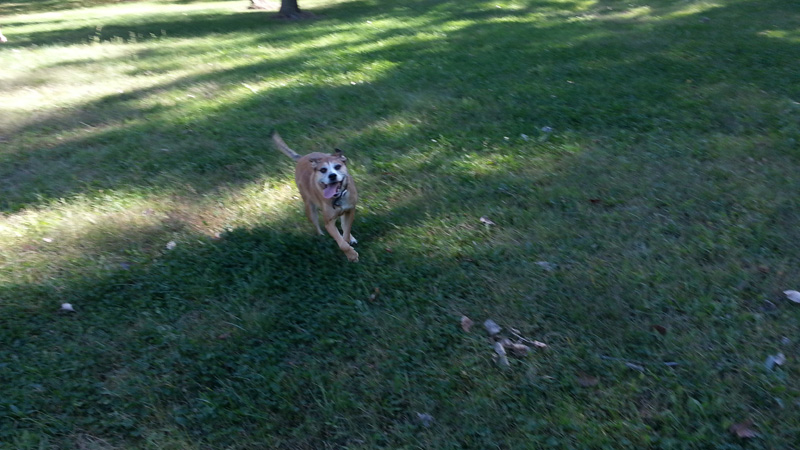 Back in November of 2010 I switched Bender from homemade food to Wellness Healthy Weight. After spending a long time researching I decided it was the best food. After getting Bender adjusted he was doing great. Good numbers, happy dog. Then adding a little fiber, he was doing better. But then he started getting sick in the mornings at about 6-7am. Then again at 4-5pm, always right before he would eat.

He would be fine then in about a two minute span he would throw up, be sick till he was done, then fine. Off to the vet. Prescribed pepcid (antacid). But still he was getting sick even with it. After looking around I found that there could be several causes, some times it just happens, food, stress, a negative change, etc.

I upped playing with Bender, running him more to get rid of the stress. There haven’t been any negative changes that I’m aware of. So either its food or some thing that just happens. So time to change the food.

I picked Blue Buffalo Healthy Weight Chicken & Brown Rice Recipe. Good stuff and my second choice. Got him switched over and he has been on it for about a 10 days now. So far things seem to be much better. He threw up the other day. But that in general has slowed down. Hopefully it continues to improve.