A little Sick & Refusing to Eat 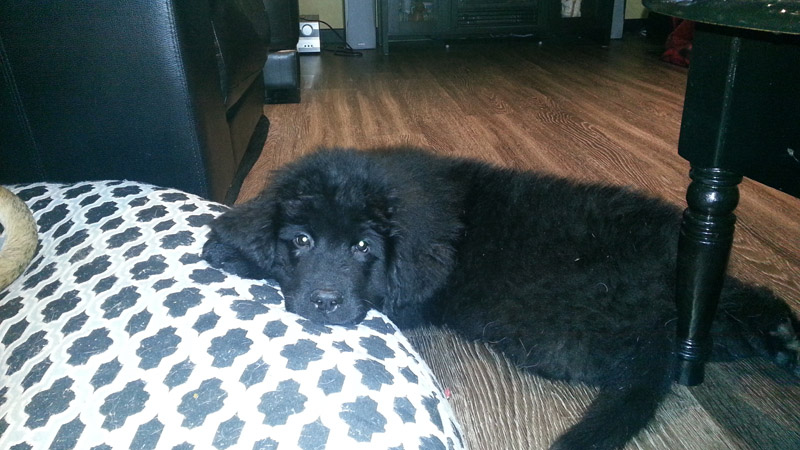 At the end of January we welcomed a new fuzzy kid into our family. We knew the change would of course change our routines, causes stress for Bender and Luna. In general upset our dogs for a little bit until they were fully use to Toki. As expected, Luna showed her distaste towards Toki by refusing to eat but after a day she started eating again. Bender seemed to be adjusting but after the first week he stopped eating which is very unusual for him. He has never skipped a meal unless we have been traveling.

On Thursday Bender ate his breakfast but only ate some of his dinner. Then Friday morning he didn’t eat his breakfast. He wasn’t even very excited about treats. This is not normal behavior for him so I called the Vet. Luckily the Vet was nice enough to get Bender in even though they were booked up.

Bender got a battery of tests. The Vet checked for ketosis, he came back with normal levels. They did blood work, red and white counts where normal. All other tests came back fine. Bender’s blood sugar was a bit low and he was dehydrated so they gave him fluids and we tried to get him to eat special prescription food. The Vet wasn’t sure what was going on. Besides Bender not eating, everything was normal. The Vet told me, if by Monday he wasn’t eating to bring him back in.

We were sent home with special food. I feed Bender any thing he would eat, which wasn’t much. I had to force feed him the special food but he ate. I could tell he was hungry. He would lick his chops, his nose would be going. But he still refused to eat or go near his food bowl. I cooked some chicken, rice and green beans. He barely ate that. I had to force feed him his special food. He definately wouldn’t touch his normal food.

Sunday evening I had a thought, I smelled the bag of food. It smelled weird. Not bad but definitely not good. To this day I can’t describe the smell but there was something wrong with the bag. I opened a new bag. The new bag of food did smell different, better, but not like it normally smelled.

On Monday we went and got Bender a different brand of food. He ate it up. But the sudden switch caused him issues and for the next week it was difficult to get him to eat but he was eating most of his food every meal. After two weeks Bender was back to normal! Between the new puppy, Toki and Bender not eating it was a few stressful weeks.

I learned a few things from this episode. This might be unique to Bender but I still wanted to share. I figured Bender’s blood sugar levels would be super low and he would be crashing a lot during that week of him not eating. He only crashed once. His numbers actually stayed between 80-120 when he wasn’t eating. His numbers would spike to 200+ if he ate. An insulin shot would bring him back down. Even if I took him for a short walk to get him hungry, his numbers were still pretty good at the end of it, 80-120.

The other thing I learned is, while I always say getting on a schedule is good, which I still believe, it isn’t the end of the world if you have to change the schedule for a few days or a week. After that first week of Bender was still not eating right when food was put down. I usually feed the dogs at 8am. Bender wouldn’t eat until 10am. Then for dinner, instead of eating at 6pm. He would eat at 8-9pm. But then the next day he would eat at 8am like normal, but not eat dinner until 8pm. Even if I took him on a run, knowing he would be hungry and a bit low on blood sugar, sometimes he wouldn’t eat when we got home at 6pm. He would eat at 8pm. So while a schedule is good to be on sometimes that just doesn’t work. I learned that Bender will be fine, if his blood sugar starts to get a little low he will eat.

Lastly, I reached out to Wellness Dog Food (Wellpet) and let them know of the issue with the food. I wasn’t mad. Any food can go bad. I let them know I had an issue with their food. They were very nice and concerned for Bender. They wanted to know some information about the bags of food I had bought. In the end they refunded my money.