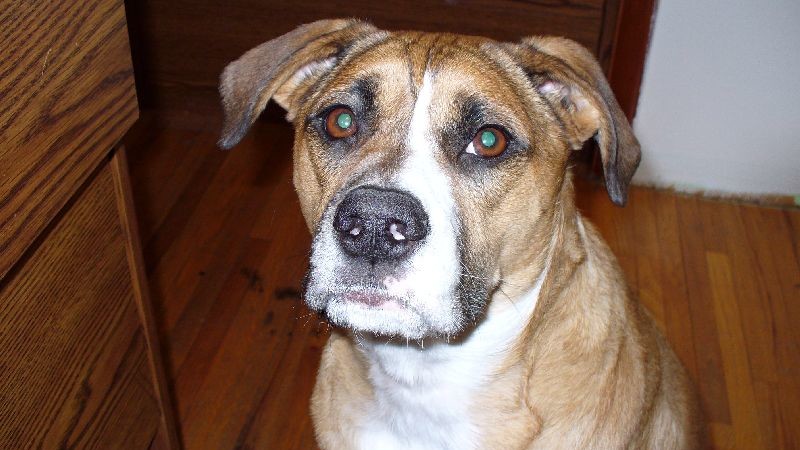 Today has been a little rough, well actually the past week and a half has been a little rough. Saturday May 24th we noticed Bender’s back left foot was bleeding. He has a habit of cutting his feet on the rocks in the back yard or getting blisters from running in the street or at the park. But this was different, it wasn’t on his pad, the cut was behind it on his one toe. It looked like he had stepped on a thorn or got a piece of glass in his foot. Wouldn’t surprise me because we do go to a park and to get there we have to take a few streets. Sometimes there is broken glass and the street, rocks, sticks, etc.

We washed his foot and cleaned, not seeing any thing in his foot, we bandaged it. By Monday morning his foot was definitely worse but couldn’t call the Vet since it was a holiday. To make things worst Bender has not been wanting to eat. He never not wants to eat so I knew some thing was up. Getting him to eat has been a huge pain.

Tuesday morning I called and got him in. The Vet didn’t see anything in his foot but couldn’t explore too much because it hurt Bender. He gave us something for the pain and antibiotics. The Vet also looked at his teeth and a growth on his ear. Nothing to really worry about but something to keep an eye on. The Vet asked me to let him know about his foot and if it doesn’t get better to call. They would have to put him under to explore the cut on his foot.

By Friday Bender’s foot wasn’t doing any better, it was actually much worse. The swelling had gone down but the cut was more of a growth. It wasn’t scabbing over either. So I called the Vet to get a quote about taking care of his foot, cleaning his teeth, removing a tooth, cutting the growth from his ear and one on his back and to schedule him to come in.

Today, Tuesday, Bender went in. I was able to get him to eat last night, a full meal but his blood sugar was low. Only 70 this morning. Dropped him off at 8am and went home to wait. Keeping myself busy with the piles of work I have. I get a call at 9:15am, it is the Vet, Bender is fine but the growth on his foot is worse than the Vet thought. He wants to remove the toe! The Vet assures me Bender is doing good and he will be out of surgery soon.

I picked him up at 3:00pm. He cried all the way home. He hobbled around the house a bit trying to find a spot to lay down that suited him. Then like the doofus he is when I let him out to go to the bathroom he tried to itch his back by rolling around in the grass. I guess he can’t be feeling too bad. But none of that, I don’t want you ruining your stitches! After that he came in and passed out in my office.

The Vet is sending his toe away to get checked out. The results will come in next week. The growth on his back and ear weren’t concerning.

Something I learned. At least for Bender, skipping a meal, which he did several times this past week, isn’t the end of the world but I think the only reason for that is I haven’t been running him. If we did go for a run he wouldn’t be able to skip a meal.

While Bender was under they did have him on an IV drip with fructose. I’ll need to check his sugar levels later tonight.