What is Canine Diabetes? 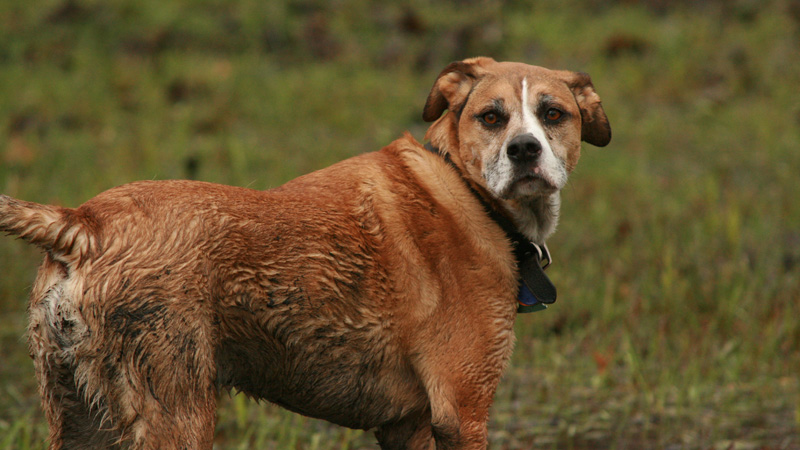 Diabetes mellitus, or simply diabetes, is a metabolic diseases in which a dog has high blood sugar, either because the pancreas does not produce enough insulin, no insulin is produced at all, or because cells do not respond to the insulin that is produced. The condition is commonly divided into two types, depending on the origin of the condition: Type 1 diabetes, sometimes called “juvenile diabetes”, is caused by destruction of the beta cells of the pancreas. The condition is also referred to as insulin-dependent diabetes, meaning insulin injections must replace the insulin the pancreas is no longer capable of producing for the body’s needs.

Dogs have insulin-dependent, or Type 1, diabetes; research finds no Type 2 diabetes in dogs. Because of this, there is no possibility the permanently damaged pancreatic beta cells could re-activate to engender a remission as may be possible with some feline diabetes cases, where the primary type of diabetes is Type 2. There is another less common form of diabetes, diabetes insipidus, which is a condition of insufficient antidiuretic hormone or resistance to it.

This most common form of diabetes strikes 1 in 500 dogs. The condition is treatable and need not shorten the animal’s life span or interfere with quality of life. If left untreated, the condition can lead to cataracts, increasing weakness in the legs (neuropathy), malnutrition, ketoacidosis, dehydration, and death. Diabetes mainly affects middle-age and older dogs, but there are juvenile cases. Although the typical canine diabetes patient is middle-age, female, and overweight at diagnosis any dog can have diabetes.

Generally there is a gradual onset of the disease over a few weeks, and it may escape unnoticed for a while. The main symptoms are:

It is possible that the illness may not be noticed until the dog has symptoms of ketosis or ketoacidosis. When newly diagnosed, about 40% of dogs have elevated ketone levels; some are in diabetic ketoacidosis when first treated for diabetes.