What to do about a Sick Diabetic Dog? 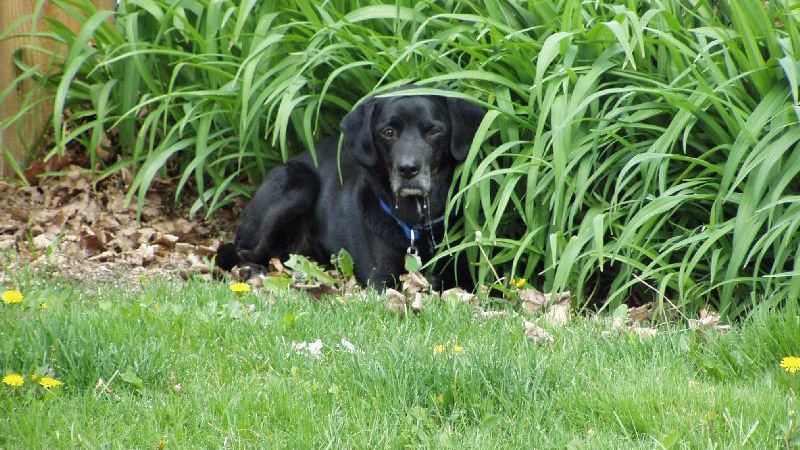 Last Friday Bender woke up barfing all over the place. He ate his morning food but about an hour later barfed it back up. He continued to barf through out the day. I fed him a little at night, he kept that down but barfed a few hours later. This raises the question of what to do when your diabetic dog is sick. What to feed? What about their shots?

I can’t give Bender his full shot if he throws up his food. But he needs some thing…

In Bender’s case of being sick he was still active, energetic, but you could tell he wasn’t feeling the best. He was barfing but his behavior hadn’t changed so I didn’t take him to the vet. If I saw a major change in behavior I would have taken him to the vet. That is a sure sign there are problems. I guessed Bender had an upset tummy, he probably ate some thing in the yard while I wasn’t looking.

For his food I wanted some thing bland and easy to digest. I fed him small amounts of just his rice, chicken and eggs. A few veggies slipped in there but not many. All part of his regular meal. You could also try unseasoned, cooked ground beef, fat drained, washed with water, green beans, and rice. All of this in small portions. Remember you dog has an upset stomach.

If Bender kept his food down. I would feed him some more in a hour or so.

The next thing is to check blood sugar levels. Bender was around 150. Excellent but he just ate. Not a lot though. So I waited a hour. He kept his food down so I gave him a bit more food, he has had about half of what he normally eats now. I also gave him an insulin shot of 10 units. A few hours later, check his blood sugar levels, gave food, shot, etc.

By noon Bender had his all his food for his usual morning meal and two shots at 10-11 units. He had kept all his food down and was doing good. When dinner came around I did the same thing. Small amounts of food, check sugar levels, give shot if necessary.

Bender was doing good and hadn’t barfed all day. Maybe his upset stomach has passed?

If your dog is sick before giving a shot, check their sugar levels and check them often. Even if they are not throwing up. If they are throwing up, feed bland, easy to digest food in small amounts.

And as always consult your vet.