Down the Rabbit Hole of Food. 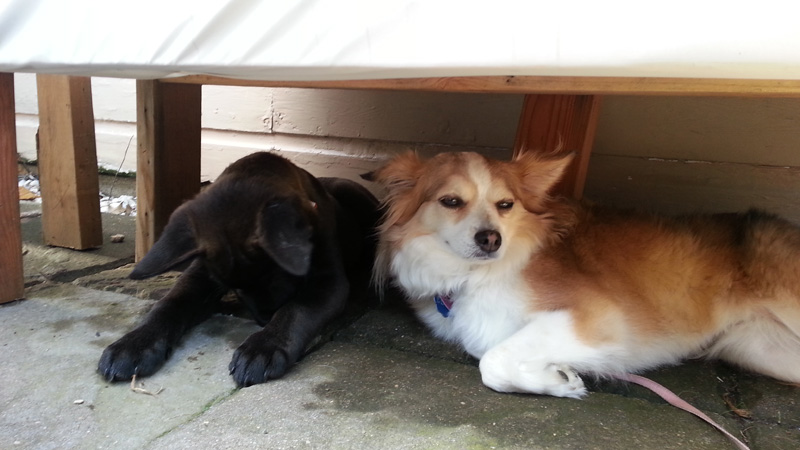 My brain hurts from trying to figure out what I should feed Bender. Or rather what else to feed Bender. I feel he is getting every thing he needs.

But some days from about mid afternoon up till he eats at 6pm. He is searching for food in that, if I find it, I’m going to eat it but I’m not staving way, I just want some thing in my stomach. I don’t feel that he isn’t getting enough food and is starving by mid afternoon but rather that his stomach isn’t full thus he is thinking he needs to fill it.

His old W/D food would sit in his stomach for a good while. How do I know this? He has barfed here and there hours after eating and his food is only half digested.

His poop cycle has changed a bit too. Short of it, he poops mid afternoon rather than late afternoon.

His food is digesting faster and isn’t sitting in his stomach all day.

This might sound bad. But he has more energy now and his blood sugar is slowly going down.

But I’m getting off track here. I wanted a filler item. Some thing that would sit in his stomach a bit longer or some thing that he could eat more of. So I started looking up food. It led me to this site http://www.carbs-information.com and the Glycemic Index.

Basically I found that I’m feeding him some pretty healthy food and though I can do better. I have yet to find that food that will be his filler that I want to feed him*.

I wish things were simple. Noodles would have been that filler but the amount of carbs and sodium is a direct no. Potato’s are a no. Carbs in both noodles and Potato’s have a rapid effect on blood sugar levels.

*Then I found Beans. Kidney or Black Beans would be good to feed Bender and result in a smelly dog. 🙁 Maybe I will add a few here and there. After all they are good and rather cheap.

The only thing that I am feeding Bender that has an affect on his blood sugar level are oats. But he is getting next to none. Also I should cut back on the amount of carrots I’m giving him. Carbs in Carrots have a medium effect on blood sugar levels and the Glycemic Index is low (47) but high on what is considered low.

On a side not, I tried to switch from apples some thing even better… Grapefruit. Bender is not a fan at all. Luna, our other dog tries to eat Grapefruit, but just can’t. Grapefruit would have been a cheaper substitute for apples. Oh well.